Oral Fluid Testing: how it works and what it can achieve in the workplace

Oral Fluid Testing: how it works and what it can achieve in the workplace

Last month we looked at urine testing in the workplace, the advantages of implementing it as a preferred method of testing and what it can achieve for employers. In Australia, another common method of testing is oral fluid, which is thought by many to be a convenient way to reduce the risk of workplace drug and alcohol use, and its impacts.

Once again, it’s important to reiterate that the purpose of workplace drug testing according to Australian law is not about ‘catching’ employees who use drugs, but to reduce its negative impacts in the workplace. And although drug testing may shed insight into a workers personal life, a controversial area for some employees, employers have a legal obligation to protect their workers and workplace from any safety concerns.

Contact Work Options to determine which testing method is best for your business.

What is an oral fluid drug test and how does it work?
Oral fluid or saliva testing measures the presence of certain illegal drugs and prescription medications via a mouth swab, much like a roadside drug test. Oral fluid tests are considered popular among employers, in part because they can be completed on-site, are considered less invasive than urine testing, and are relatively easy to administer.

Cut off levels for each drug class, for both initial and confirmatory testing, are set by Australian legislation (ASNZS 4760). Samples that contain drugs above the cut off concentrations are deemed positive. 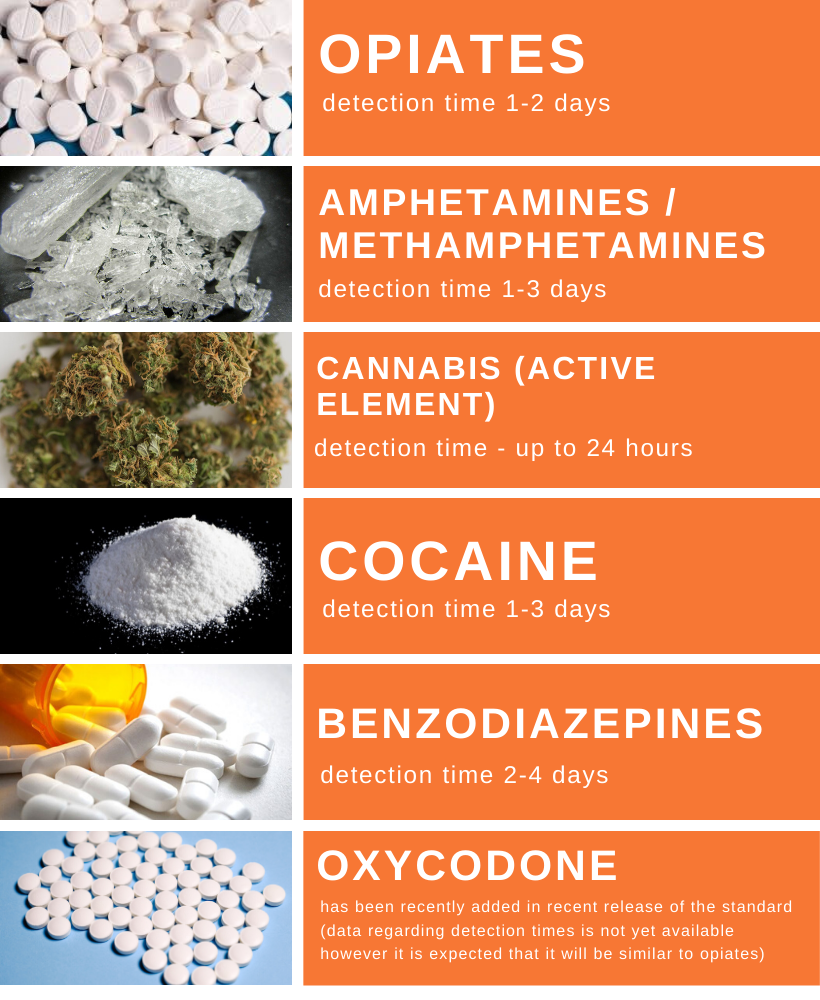 The length of time a drug may still be detected after use can vary depending on a multitude of factors including the strength of a drug, individual metabolism and frequency of use, therefore timeframes should be used as a guideline.

What should be considered when oral fluid testing:

Regardless of using urine or oral fluid testing methods, drug and alcohol testing can play a key role in protecting businesses from issues with Fair Work Australia, IR, unfair dismissal claims and the physical and financial burden of accidents and injury. However, no matter which testing method is used, the key to successful implementation for any business is:

To find out more about drug and alcohol testing, or to determine if your business is at risk of drugs and alcohol misuse, contact Work Options.

Related reading:
How employers can avoid 5 big mistakes when drug or alcohol testing
You suspect a worker is under the influence of drugs or alcohol, what’s next?
What to do when an employee fails a drug test
The biggest pitfalls in drug and alcohol testing policies